Dear Mark Zuckerberg, Grow old along with me! 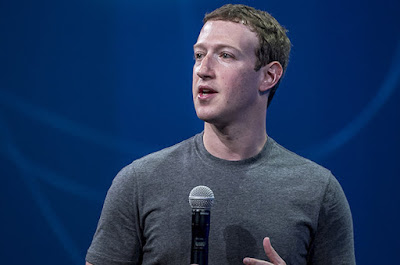 All of us face the problem: we're getting older. It's not about passport age or look. It's about our place in a society, where we must work. Our employers become younger and younger, our problems to become employee get bigger and bigger. Couple days ago I found an article posted by "Computer World" magazine on Facebook about age in IT industry, where I work. When I started my career adventure, we did not have Facebook, LinkedIn, Twitter or Instagram, and thruthly speaking, I did not think about a day, when I will be comfortable reading about age. Vu'a la, time goes and I'm not just reading, I'm trying to express my opinion about enormously painful problem: aging professionals in IT. Moreover, I hope, my opinion will be influential for many bosses like Mark Zuckerberg, who will change their feelings about us, who have already spent 20 and more years in computer industry.
Right experience, professional and life wisdom comes with age. Most of people used to think, it's a quite axiomatic, not me. Rephrasing a famous Soviet writer Anatoly Rybakov "In order to write - you should write"(Russian "Чтобы написать — надо писать"), to be on a top you have to start with bottom and work out every day on every position. Moreover, every time moving up, you have to feel engaged in your work and learning. The task takes time, and it's not only time. It takes unbelievable courage and even tenacity to find a right place, sometimes it's a tiny spot, to mature your skills and develop an expertise in enormously fast-moving IT industry. According to Gallup, only 33% of Americans feel being engaged in their jobs, and, I hope, many of them are dedicated IT workers, who spend endless time thinking about their assignments. Every line in resume, every chance to interview, every line of code, every new tutorial, every stand-up meeting is a step toward a maturing wisdom, which never comes too fast, too soon or too easy. Definitely, I'm a great supporter of Albert Einstein, who defined "genius as 1% talent and 99% percent hard work..." In addition, I love to repeat Nigerian proverb: "It takes a village to raise a child". Hiring a mature talents, you engage a capable and in many ways qualified workers, who will raise, lead, educate, and mentor in a good traditions a young generation to become next geniuses. The history shows, there is a teacher behind each smart head, and each head in any age and time are quite expensive, in American terms, uneconomical. 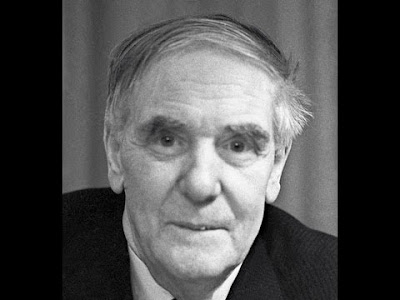 Many years ago Soviet magazine published a quite captivating story about Nobel laureate and great physicist experimenter Pyotr Leonidovich Kapitsa. Also it belongs at the right time when Kapitsa lived and worked in Europe, in laboratory for Rutherford. "The owner of one factory was extremely concerned. The steam generator which was provided with light and energy all its plant strongly vibrated. It is very complex problem which common decision does not exist and now. A great number of experts tried to repair it, but all their attempts were unsuccessful.
— Time — money — the owner of factory repeated to himself, counting losses because of the lost products — time — money.
At this moment of people in blue overalls glanced to it in office. — I can repair your boiler, the sir — he told. The manufacturer was not impressed.
— I invited the best of the best specialists that they repaired the boiler, but none of them could help me. Look at yourself, you have only a small bag with tools and tools in it not so much if I am not mistaken.
— Quite right, sir. I took only those tools which will be useful to me for execution of this work. So you will allow to settle your problem?
Kapitsa did not make impression on the manufacturer, but as it had already nothing to lose, he led it to the room where there was a boiler. In the center of the room there was a boiler. From it in all directions the huge number of the pipes which are reported with each premises of plant lasted. Patronizing tone the manufacturer invited him to start business.
Quietly and without vanity of people in blue overalls took out one tool, a small rubber hammer from the bag. Accurately and methodically it began to tap different sections of the machine, attentively listening to sounds which were made by a metal surface. In ten minutes it taped pressure sensors, thermostats, bearings and connections, where as he assumed, there is a damage.
At last, it returned to the bag with tools, put back a small hammer and selected the big hammer. It approached one of elbow connectors in one of sections of pipes and struck weak blow with the hammer. The effect was instant. Something moved, and the steam generator ceased to vibrate. The manufacturer was delighted:
— Amazingly! Amazingly! Send me a bill. Double your quotations.
— In it there is no need, the sir — Kapitsa answered.
When several days later the manufacturer received the account, he was stunned. The sum much more exceeded its expectations. 10000 pounds sterling! Big money for those times. In spite of the fact that he paid much more those experts who tried to correct breakdown, but failed, he knew that they spent several days there. And they were representatives of the companies with excellent reputation! And this strange person spent only ten minutes there. The manufacturer gave to the secretary assignment that she sent it request with a request in detail to paint the cost of the rendered services.
Soon the answer came from mail.
In ten minutes of a prostukivaniye (tapping) — 1 pound.
For knowledge of where it is necessary to strike — 9999 pounds. Total: 10000 pounds."


Dear Mark Zuckerberg, I know, it's not nice to say: "The younger - the cheaper", but it looks to me, it's a vital reason why older professionals have problems to be hired and retained as employees by many companies. You have to admit, we know how, when and where to strike. It has to become a culture to appreciate good workers in many ways. It's quite easy to divide us, but it's difficult to add or multiply. Only together we can accomplish a lot. Please, grow old along with me, and I will do more than you expected!

P.S. In spare time I will try to explore 2 new sites for me Hacker Rank and Code Fights See you there!
Posted by Alla Staroseletskaya at 7:14 AM 1 comments