The latest and greatest trends in 2017 for software developers 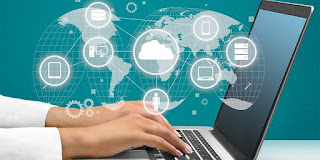 2017 is here and I found that not many of us know about last trends in software development. Being on a short vacation, I researched about the latest and greatest trends in software. Here are some of them.
1. Chatbots. The bots are taking over! Chatbots that is. Everywhere you look, it seems like companies are launching its new chatbot-powered apps. Quartz went live with its chatbot powered news app in February. Back in September, American Express threw its hat in the ring and created a chatbot for its card members. Not to be outdone, 1-800-Flowers made it easier to order from their site with its chatbot this year. The new interest in chatbots is due to the ease of actually creating one. Thanks to Facebook’s Messenger Platform, the barrier to creating a chatbot has dropped dramatically. Developers no longer need to create the technology from scratch, but rather just plug into an existing API.
2. Agile Will Remain One of the Favorite Methodologies. Agile methodology is being used in the industry for over 10 years. Around 80% of the software development companies are dependent on Agile for the success of their projects, and it’s becoming more popular day-by-day. Even public sectors companies, which are considered to be conservative, are adopting agile. Recommendations for integrating Agile into corporate procedures is also doing rounds. Besides, non-tech management also prefers the methodology.
3. Internet of things(IoT). IoT is exploding. Since 2008, the number of devices connected to the Internet has exceeded the world population. These new devices generate a lot of data and they need to communicate with each other,
4. More Focus on User Experience. For years, creating a good software has been about providing the best functionalities while keeping the user interface as simple as it can be. Over the past couple of years, however, user experience or UX, has been a big buzzword in the software development industry. In fact, it has been more than just a buzzword. User experience mattered and it will continue to matter even more in 2017. Whether you’re developing an app for smartphones or creating a complete business suite for enterprises, ensuring a high level of user experience should be one of your primary focuses.
5. Functional Programming is Gaining Centrestage. The high velocity of change forces IT leaders to innovate. One innovation that has caught on and now become the norm is functional programming. Many enterprises now build several small software components using functional components, and then architecture systems out of many such small software components. With the focus on speed and ease, enterprise apps are now becoming highly focused, including only what is really required, doing away with the frivolous. Instead of a single bloated one-size-fits-all enterprise app or software, enterprises are developing specific apps for specific functions. Tying the different front end apps together is a cloud-based backend and database, to which the apps sync seamlessly. There is a new approach to the nature and structure of coding enterprise software as well. Developers are also abandoning the lengthy process of collecting specs and rather going ahead with a project through a new Minimum Viable Product (MVP) approach. The MVP may be regarded as a “lite” version of a feature concept, requiring just a fraction of the time that it takes to build the full feature. After releasing the MVP product and gathering feedback, developers upgrade it to a full blown version. Time tested procedural programming languages such as C and Java still retain their dominance, but new functional programming languages such as Scala, Erlang and Clojure,noted for the power, are fast gaining ground.
6. Hackers and criminals will get smarter. There were around 707 million cyber security breaches in 2015, with 554 million in just the first half of 2016, according to Intel Security, formerly McAfee. This year, hackers are learning to use artificial intelligence to automate their attacks, making it even faster for them to break into targets’ accounts.
Posted by Alla Staroseletskaya at 1:39 PM 2 comments